What isn’t solid in one’s life may leave as the new year comes in. Consider this a cleansing day for all things not beneficial to your new year.

These readings are general messages from laying out three tarot cards. They are not intended as specific readings for any one person. If you would like more information about my work and to inquire about a personal reading for yourself, please visit my website: www.monavievoight.com

NOT PROFESSIONAL ADVICE.
Information provided is not intended to substitute for informed professional medical, psychiatric, psychological, tax, legal, investment, accounting, or other professional advice. If you submit a question or comment, we will assume you are interested in soliciting and receiving general information rather than professional advice. We are not responsible for any results that may or may not be associated with using or applying any information we supply. Accordingly, if you desire or require professional advice… 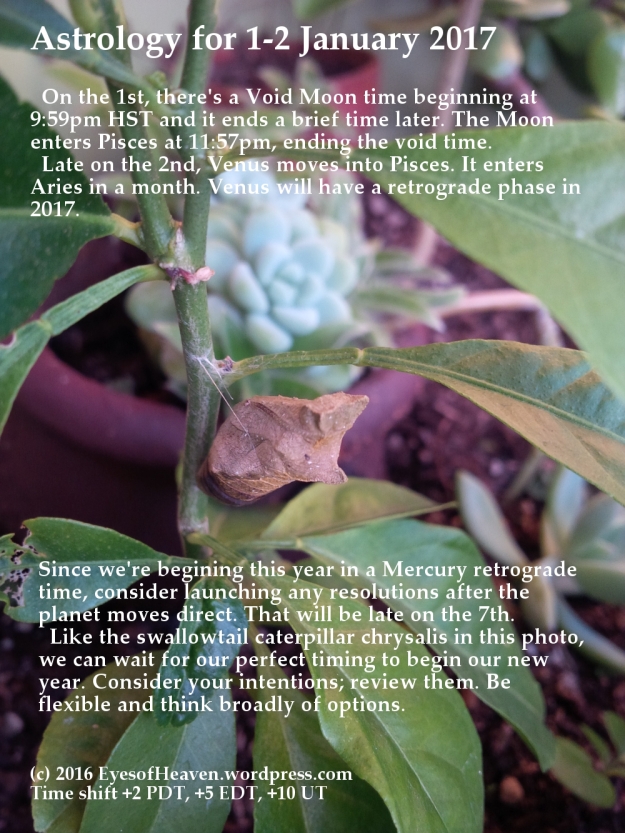 Read on to find out what the stars have in store for you this week. If you would like a private reading with Sara by email please go to www.stargold.com.au/email-readings/

Taurus A new friend may come into your life unexpectedly this week, opening up a new world to you in some way. It may be that they are from a radically different culture, or have an unusual take on life that you really admire. Your stars are negative for borrowing money from banks or lending money to friends or lovers.

I am using Astrology, and my psychic guides to predict what may happen in 2017.

I don’t like to do hundreds of scattershot predictions like many other famous psychics do. To me that is a cheap shot as the more predictions the more likelihood they can have as being right. I prefer to talk about what comes to me and what feels the most important.

The energies of 2017 will continue to be chaotic is the new norm. Protests and revolutions will be going on in the U.S. and everywhere else too.  Protesting is the new “job.”  2017 is  a prelude to bring us closer to major crises in the world which are building over for the next three years. People don’t want corporate control anymore. The populous is waking up and will continue to awaken in 2017.

Daily Forecast based on Signs for January 1st, 2017

Starting of the New Year is good. Work wise – result oriented day. Or it will be better to say –

Paush Month of hindu calendar, 3rd day – Tritiya, Shukla Paksha, Nakshtra at the time of Sun rise in Shravan Nakshtra and will be till 16:0 Hrs (IST), Moon will be in Dhanishtha at 16:00 Hrs (IST).

Are you prepared for the new year? 2016 was the year of the monkey, and since the monkey is the master of making deals, things having to do with trades, deals and exchange in 2016 were supercharged. Many resourceful individuals made out like bandits in 2016, but now it’s time to prepare for a big change of pace.

2017 is the year of the rooster.  The rooster is not a strange creature.  It is every thing that you have ever heard about it. Very confident, and very sure of itself, brimming with energy, and unbound by complacency, the rooster will stop at nothing to prove that he is right.

It is a year for both actions and words, and you will be hard pressed to separate the two from each other.  The rooster is always sure that he is correct.

Even when he is confronted with the facts, the rooster…

According to the 13 sign astrology system, the Moon entered the sign of Capricorn, and the stars of Capricorn (the beauty of the 13 sign system), yesterday at 8:15 pm in New York/ 5:15 pm in LA.  After such an emotionally rambunctious year and with Mercury still drifting backward (retrograde till January 9th) on a useless hunt through Sagittarius’ battlefield of carnage, Capricorn’s hard handed leadership may be just what we need to collect ourselves in time for the new year: “Capricorn attempts to order the Moon around like a drill sergeant thinking that a stern, implacable, and systemic environment is the best way to deal with emotions,” says Eric Seligson, who maintains 13sign.com.

“The otherwise uncontrollable subconscious whims must travel through the filter of Capricorn’s practical approach to their expression,” Seligson says.  “The Moon wants to tap into a myriad of feelings, while…

Eye of the High Priestess

New Year’s Eve brings the Aquarius Moon with no brakes because from the time the Moon entered Aquarius late yesterday afternoon until Sunday morning she makes no aspects. It is pure, unadulterated Aquarius Moon . . . cool, experimental and oh so rational. This ought to be interesting considering Mars conjoins Neptune in loony tunes Pisces today. 🙂 🌠☽♒🌠

Adding to the generally off the wall factor today is Mars conjoining Neptune in Pisces. Plan your New Year’s Eve fun with care and make sure there is a designated driver or cab handy. People may not make the best judgment calls with Neptune calling the shots. The person who looked so desirable Saturday night may prove to much less so Sunday morning. Be careful if you choose to party with people you don’t know very well. If not, you can’t say you weren’t warned!

Note: Timing is averaged for EDT…

Paush Month of hindu calendar, 2nd day – Dwitiya, Shukla Paksha, Nakshtra at the time of Sun rise in Uttarashadha Nakshtra and will be till 14:51 Hrs (IST), Moon will be in Shravan at 14:51 Hrs