Pretty much on target. 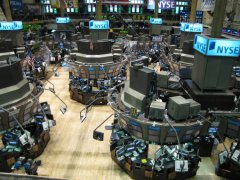 Since the 2008 financial crisis, colleges and universities have faced increased pressure to identify essential disciplines, and cut the rest. In 2009, Washington State University announced it would eliminate the department of theatre and dance, the department of community and rural sociology, and the German major – the same year that the University of Louisiana at Lafayette ended its philosophy major. In 2012, Emory University in Atlanta did away with the visual arts department and its journalism programme. The cutbacks aren’t restricted to the humanities: in 2011, the state of Texas announced it would eliminate nearly half of its public undergraduate physics programmes. Even when there’s no downsizing, faculty salaries have been frozen and departmental budgets have shrunk.

But despite the funding crunch, it’s a bull market for academic economists. According to a 2015 sociological study in the Journal of Economic Perspectives, the median…